Posted at 11:08h in Blog by Support GramissionSquad 0 Comments

The parable of Jesus Christ in Luke 10: 25-37 bespeaks of a Church (the man) that has regressed from Jerusalem, the place of peace with and of God, where the God of Zion is the focus, the new-Jerusalem from above (Gal. 4: 26), to Jericho, where the emphasis is on self, material and financial gain, a place of Achan, the troubler of Israel (Joshua 7) and hurtful lust (1 Tim 6: 9). We have been called unto upward movement in God. We are to come up hither, (Rev. 4: 1-2), and away from the Laodicean Spirit that has rampaged the last Church among the 7 Churches of Asia in Revelation 2 and 3.

The Church that went down to Jericho was robbed by thieves, whose goals are to steal, kill and destroy, living her half-dead with empty religion, though crowded.

This half-dead Church has gone from spirituality to carnality, and is presently spiritually poor, naked and wounded because of her seeking only after material gain at the expense of the prosperity of the soul. Can you the reader see this in the spirit realm?

The Levite and the Priest ministries that passed by are only passing but not journeying (Luke 10: 32), they are only interested in nickels, noses and names. They love the big titles, money and the crowd. They will never “risk” delivering the pure, two-edged Sword of God’s Word, that will heal the wounds, nakedness and spiritual poverty of this Jericho declining, half-dead church, for fear of losing the crowd, accolades and the money they bring.

However, the Lord still have the good Samaritan company in His Church – Samaritan Foundation, that are after the mind of God, they might be rejected and castigated but they have a John Chapter 4 relationship with Jesus. They are not passing by but journeying (Luke 10: 33) with a call, destination and purpose. They have been called to strengthen that which remains and are ready to die, (Rev. 3: 2), they are full of God’s love, life and light. They have the wine (Word) and oil (Spirit) to pour on the bruise of the wounded Church and they are in possession of two pence (Old and New Covenant), the whole counsel of God, the two edged sword, the two witness of Peter (revelation of the Father) and John (love of God from a deeper relationship with God), in the hour of prayer that will similarly raise the man that was born lame (Acts 3: 1-13).

They will carry this wounded Church on their beast of mercy, humility and grace, which is nothing else but consistent and passionate intercessory prayer, into a place of safety, and covering – a Word based, Christ-centered Church, which the inn represents. It’s all about grace to doing the Word of God, so as to be blessed indeed.

The innkeepers are selfless servants of God, who received the ‘two pence,’ revelation of the Word and Spirit from the Good Samaritan company, and they will continue to look after and serve the half-dead recovering church. The Lord will pay off any extra, they spend on the bruised Church especially as they serve among the less reached or yet to be reached Majority world, when He returns for His glorious bride even now and forevermore.

It is imperative that rather than being devoured with hate, wrath and accusations in the order of satan, the accuser, we can begin to intercede for the larger part of the Church, that is presently, half-dead and has been robbed of God’s righteousness, that could have exalted nations, just because of an unbalanced prosperity message, in the order of Hophni and Phinehas. The Lord’s purpose of making man in His image and likeness is eternally finished. He has a secure plan for the bruised and half-dead Church, the man born lame to be fully restored, PRAISE YE THE LORD. 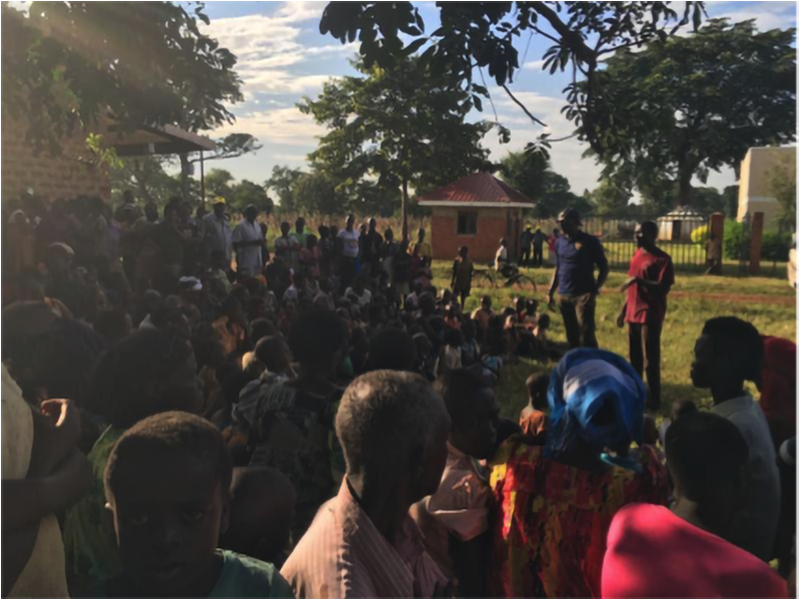 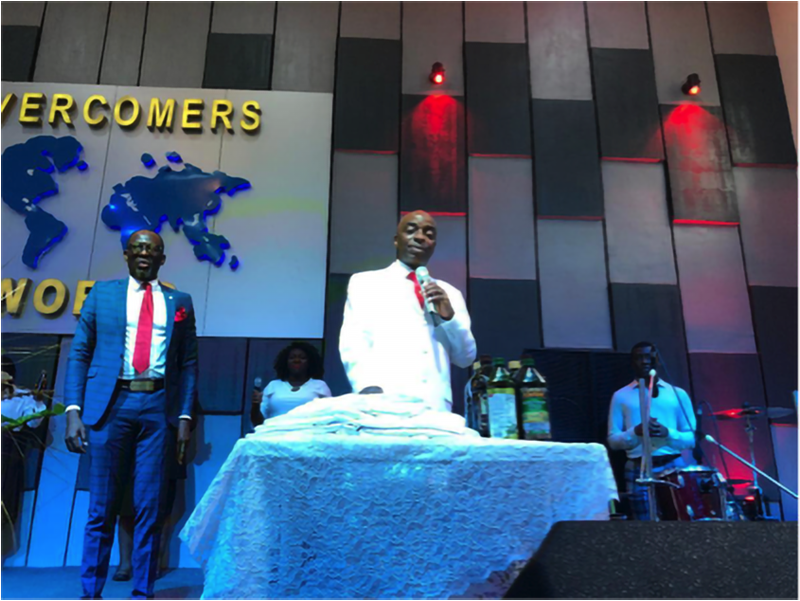 The testimonies from this GATHERINGS are the evidence of the doing of the Lord Jesus in our midst.

When I first came to God’s Remnant Assembly, I had multiple growths in my head that I would have to go to the hospital for them to drain it out. One Sunday our Father in the Lord said he was going to pray for healing. On that particular Sunday I had bandages on my head. As daddy began to pray I began to feel something popping on my head. When I got home to change the bandages, my head was completely healed, the growth had disappeared. Ever since the fasting period began, the medication I was supposed to take daily, I have not taken for four months as recommended by my doctor. Praise the Lord!

Over a year ago, I brought my best friend to GRA while she was visiting from New York. It was on a Saturday and while we were waiting for fasting service to start, she decided to bid me good bye and travelled back to New York because the doctors had told her, that her dad only had one year left to live. I begged her to stay for the service to meet our father in the Lord and she initially refused. Minutes later, she said she felt an urge to stay for some part of the service, but she ended staying for the whole service. After service, she met with our Father in the Lord who decreed that her father would not die. Today, years after, the Lord had brought this to my remembrance and I immediately texted her and asked her how her dad was doing. Glory be to God, she said her dad is doing great and that she remembers the Word of the Lord that came forth from the mouth of the Lord through His servant! Hallelujah!

My wife had been sick for a while, and when we went went to the hospital we found out that she had congestive heart failure. One day the doctors said they were going to do surgery on her, but prior to the surgery they changed their mind because they knew if they did it, she would die on the table. My parents in the Lord called me and decreed over me that I will not lose my wife. At this time, she had been asleep for two days, and she was not waking up. I wanted to pray but the Holy Spirit told me not to pray because the case has already been settled by the Word of the Lord. She finally woke up, and she told me that while I was reading the bible in the room, on six different occasions her spirit wanted to leave her, but when her spirit sees me, she would enter her body again. Today, for the first time in a long time, she was able to drive herself to church. Only the Living God has done this and to him alone be Glory! Hallelujah!